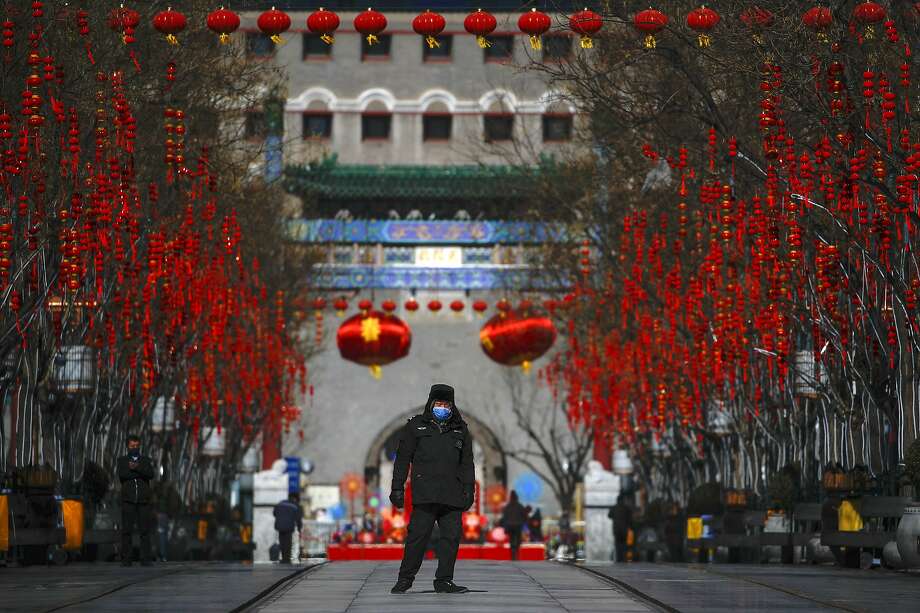 BEIJING - A recent speech by Chinese President Xi Jinping that has been published by state media indicates for the first time that he was leading the response to a new virus outbreak from early on in the crisis.

The publication of the Feb. 3 speech was an apparent attempt to demonstrate that the Communist Party leadership had acted decisively from the beginning, but also opens up the Chinese leader to criticism over why the public was not alerted sooner.

In the speech, Xi said he gave instructions on fighting the virus on Jan. 7 and ordered the shutdown that began on Jan. 23 of cities at the epicenter of the outbreak. His remarks were published by state media late Saturday.

"On Jan. 22, in light of the epidemic's rapid spread and the challenges of prevention and control, I made a clear request that Hubei province implement comprehensive and stringent controls over the outflow of people," Xi told a meeting of the party's standing committee, its top body.

Taiwan on Sunday reported its first death from the virus, the fifth fatality outside of mainland China. The island also confirmed two new cases, raising its total to 20.

Taiwan's Central News Agency reported that the person who died was a man in his 60s living in central Taiwan. He had not traveled overseas recently and had no known contact with virus patients, CNA said, citing Minister of Health and Welfare Chen Shih-chung.

China reported 142 more deaths, almost all in Hubei, raising mainland China's death toll to 1,665. Another 9,419 people have recovered from COVID-19, a disease caused by a new coronavirus, and have been discharged from hospitals.

Xi's role was muted in the early days of the epidemic, which has grown into one of the biggest political challenges of his seven-year tenure.

The disclosure of his speech indicates top leaders knew about the outbreak's potential severity at least two weeks before such dangers were made known to the public. It was not until late January that officials said the virus can spread between humans and public alarm began to rise.

Feb. 16 (UPI) - The death toll from the coronavirus rose to 1,670 Sunday as evacuations began overnight from a cruise ship that had been quarantined in Japan with 356 confirmed cases of

CHICAGO - The NBA and USA Basketball are still considering playing in China later this year, though the complexities of both the political rift caused by a tweet last fall and the ongoing health

Schools do not need to close or send staff and pupils home if there is a suspected case of coronavirus, Public Health England (PHE) will advise. PHE is expected to issue new guidance to schools on

The coronavirus disease outbreak has rapidly spread in China and across the globe, with more than 1,400 deaths and 69,288 confirmed infections in seven weeks. Now, medical experts project that if the virus can not

The coronavirus outbreak has left a large cohort of international students banned from entering the country as the academic year begins. Estimates put the potential cost of the virus at $6 billion to the sector,

According to the National Health Commission (NHC) in China, 142 more people END_OF_DOCUMENT_TOKEN_TO_BE_REPLACED