[ft.lk] COVID-19 – The dark side of global supply chains 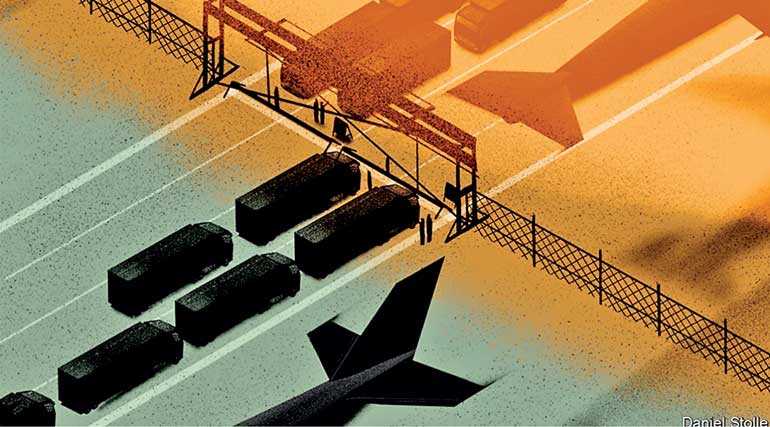 The coronavirus, now known as COVID-19, outbreak in China has slowly but steadily rattled the global economy, disrupting virtually every major industry, from food, fashion, pharmaceuticals, entertainment to automobiles and technology.

The first casualty was obviously the travel and tourism sector. Over the last couple of weeks, a series of major airlines have cancelled flights to China, the impact of which is now seen across the globe. The slowdown of the travel sector including cruise shipping alone has impacted many supply chains - even movie and entertainment industries such as Disney World, within three weeks. One may not yet see the supply chain impact on the travel sector, but it has indeed disrupted many businesses over the last two weeks.

As Covid-19 spreads, although not deadly as SARS of 2003, its effect on business is amplified and the global economy is once again threatened with a downturn; oil prices have dropped by nearly 20% from a month which will give rise to other market disturbances in the coming weeks if the situation does not stabilise.

The closure of factories for two weeks due to the annual Chinese New Year was planned for by global supply chains and logistics operators, but now it is now being extended to nearly four weeks, and everything is being disrupted due this factor alone. The backlog on supply chains is gradually building. Excluding Wuhan, much of China was supposed to have reopened by now, but the country's idling factories and workers suggest that weeks or months may pass before the second largest economy of the world returns to full speed. This is going to reflect most on exporters and importers around the world, sooner than later.

The SARS virus of 2002-2003 is still fresh in the minds of many affected from its impact during that period, but dynamics have changed as China has shifted gears compared to 2002-2003. China is known as the "factory of the world", but more importantly it is now transforming into a global market, as the consumer spending in China itself has increased manifold. Not only imports from but also exports to China are going to be hit as demand reduces in its own domestic market and its growth slows down with the extended shutdown and restriction in the movement of goods, people and services.

In 2002 China's economy was valued at $1.7 trillion; today its $14 trillion. From having 5% of the global market share in 2002 it has grown to 15% today, and migrated from a low value production centre to a high value one, which interestingly connects 40% of the global supply chains. Experts expect that the impact to the global economy will rise above the $350 billion mark compared to the $50 billion during the SARS outbreak in 2002-2003, and there is no sign that the economic impact is about to ease up. Its effects could carry forward up to two years if not contained within the next 30 days.

As of the writing of this article, vehicle production has been suspended in many countries due to shortage of parts. Demand shocks are emerging for products such as semi-conductors, pharmaceuticals etc.

The importance of supply chain security

When one studies the subject of logistics, one always looks at supply chain security. This may be in preparation for geographic and natural reasons, infrastructure restrictions, political developments or man-made conflicts such as wars. But rarely do companies plan for this type of disruption, and if logistics managers are not geared for the multiplier effects the COVID-19, they may be at its receiving end soon as the real ramifications of the crisis have yet to properly hit the global supply chains.

There is no better time than now to understand the value of inventory management in the supply chain. Many companies take this subject lightly when doing global business whilst sourcing from foreign destinations. Most of them don't have a Plan B and no proper scientific management of inventory based on forecast and time management. The bigger companies might have IT-based stock management systems but most others supplying bigger companies and customers have little management experience of inventory control. An efficient logistics manger should always have a rolling stock of essentials in transit apart from physical stock holdings. Depending on production cycles, most companies tend to have an inventory cycle of 30 to 60 days, going up to 90.

The current situation may change this pattern soon and companies see a drastic change in demand and supply of products over the next 30 days. Simple economics says supply will be low, demand will increase, logistics space will be limited and an increase in logistics and inventory costs are on the cards as the situation develops. The shipping capacity by both air and sea are being cut down, blank sailings are increasing, and big money is lost by shipping companies. This going to hit the shippers sooner or later. Already it is reported that shipping lines are losing up to $350 million revenue per week due to trade slowing down.

If the crisis extends to 60 days, it will have serious impact on the global supply chains of raw material and semi-finished products and lead into shortages of products as well as other multiplier effects as time passes by.

Hope is not a strategy

The lesson for companies that don't have solid logistics and supply chain plans is to first understand that logistics is a science that can help reduce cost and increase market access. Hoping that the crisis will be over tomorrow or day after is not a strategy. COVID 19 will be an eye-opener for many around the world to restructure supply chains as the dark side of dependency on single source supply chains are proven beyond doubt with this outbreak. It is indeed time to draw up Plan B of supply chains, using the diversification of sourcing as a supply chain security tool. Indeed, as the old saying goes - "don't put all your eggs in one basket".

The writer is an economist, currently working as the CEO of the Shippers' Academy Colombo and the Chairman of the Logistics Advisory Committee of the Export Development Board.

Another 70 cases of the coronavirus infection have been confirmed aboard the Diamond Princess cruise ship, currently quarantined in Japan, according to Japanese health officials. This brings the total number of cases aboard the vessel

With three more persons who visited China in recent times placed in home quarantine on Sunday, the number of those under home observation for any risk of novel coronavirus (COVID-19) infection in the district rose

A pall of uncertainty has descended on several major events coming up across Asia amid fears of a pandemic of new coronavirus infections. Organizers of major events are in a tizzy about making a decision

An aviation security officer wearing a protective mask walks at the tarmac of Halim Perdanakusuma Airport, following the outbreak of the coronavirus in China, in Jakarta, Indonesia, 15 February - Reuters The effects

TOKYO -- The Nippon Telegraph & Telephone group is telling employees to avoid commuting during rush hour or simply work from home starting Monday, as the telecom giant tries to protect staffers from the

Wuhan is seeing, from above left, patients being taken to hospital; END_OF_DOCUMENT_TOKEN_TO_BE_REPLACED

According to the National Health Commission (NHC) in China, 142 more people END_OF_DOCUMENT_TOKEN_TO_BE_REPLACED